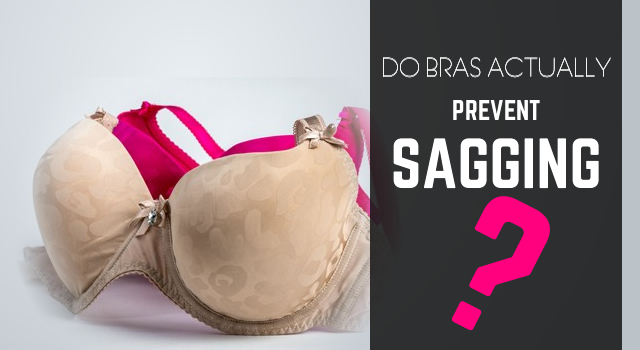 His research looked at 330 young women and found that breasts constrained by bras didn’t develop the muscle and skin tone that can keep them naturally firm. Women in his study who ditched their bras, however, saw measured improvement in the perkiness of their pair. However, this unpublished study has been subject to a lot of criticisms as many believe that the number of individuals used in this study is quite small and may not adequately represent all women of different race and age.

Apart from the shape of the breasts; there are tons of other reasons to wear a bra.  First, bras are worn for moral and social reasons. Usually… especially in this part of the world, it may appear indecent if a woman goes braless. Second, many women just feel more comfortable and confident wearing a bra irrespective of their breast size. Third, others just like the way bras look. Bras and most underneath clothing are just too pretty and cute to be discarded.

Assuming we all follow the French researcher’s findings, it beats our imagination what it would be like if all women in Nigeria toss away their bras and go braless. One word… “katakata”! LOL